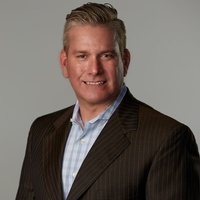 JHG Financial operates as an Independent Registered Investment Advisor through Raymond James Financial, acting as a Fiduciary. As a fiduciary, Jud offers unbiased, conflict-free advice, and a commitment to transparency, which serves our clients while building confident, lasting relationships based on trust. He and his team are committed to building and maintaining your trust so that you have the confidence to live life to the fullest. He is a Registered Investment Adviser Representative (Series 65 license), and Registered Securities Principal (Series 24 license) and Registered Securities Representative (Series 7 and 63 licenses), with securities offered through Kingswood Capital Partners, and a North Carolina Insurance Agent with licenses in Life, Health, Accident, Medicare/Medicaid and Long-Term Care. Jud is also Certified Estate Planner™ (CEP®).

As a Charlotte native and proud graduate of the University of North Carolina-Charlotte, Jud has a passion for giving back to the community. In 1999, he began his affiliation with the Mid-Atlantic Chapter of Multiple Sclerosis by raising over $35,000 — nearly half the chapter’s goal — for the Leadership Award Campaign. Additionally, he has served on the chapter’s Fundraising Committee and Research Challenge Campaign and has been involved with its Great Gatsby Party since 1999. The chapter recognized him with its 2002 Young Professional of the Year Award for his outstanding volunteer efforts. He served on the grants committee for the Charlotte Lesbian and Gay Fund from 2009-2013 and served as the interim chair for LGBT Community Center in 2014 and still is active with his friends and clients in the LGBT community.

Jud is a member of the Charlotte Chamber of Commerce-Charlotte East Area Council (CEAC) and earned its The Volunteer of the Year award in 2003. He also served on the Board and as CEAC’s 2005 Chair. Other volunteer work includes managing a private foundation that provides funding to Habitat for Humanity, where he served on the Board of Directors from 2006-2009. His association with the nonprofit group extends to helping build homes for the needy through Christ Episcopal Church.

Jud lives in Charlotte with his wife, Sherry. They both enjoy time at their home in Wrightsville Beach boating and fishing. Jud looks forward to his bi-annual skeet shoots with friends and clients and enjoys fly fishing and camping in the mountains.

* The FIVE STAR Best in Client Satisfaction Wealth Manager is an award based on client satisfaction. Respondents evaluate criteria such as customer service, expertise, value for fee charged, and overall satisfaction. The overall evaluation score is based on an average of all respondents and may not be representative of any one client’s evaluation.